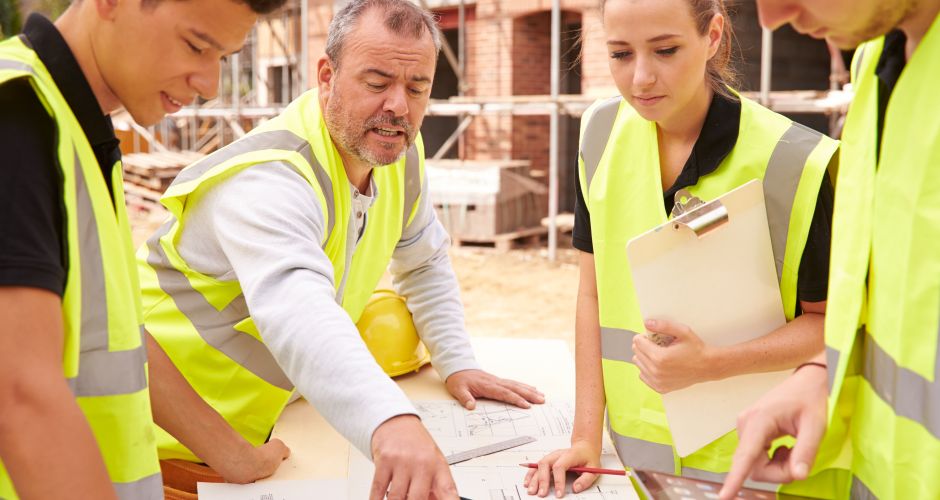 As 2017 comes to a close, what better time to reflect on the year that has been. We have summarised a few of the key things that happened in WHS for 2017.

The scheduled mid-term review of the Strategy was completed in 2017.  The review examined:

The review found that the Strategy is being used as intended, that it is appropriately flexible to meet the needs of a range of stakeholders, and sufficiently robust to accommodate the changing employment and industrial landscape for the next five years.

It’s been a year since the Work Health and Safety Roadmap was launched by SafeWork NSW.  There’s been a lot of great work done in all three priority areas of the Roadmap, and the vision - “Healthy, safe and productive working lives’ – is well and truly in their sights.

Click here for a snapshot of the most recent achievements against the three action areas.

NSW Response to the Grenfell Disaster

Following the tragic fire in the Grenfell Tower block of public housing flats in London the NSW Government has promised to introduce "strong" new legislation prohibiting the sale and use of unsafe building products, with every party in the supply and distribution chain being held responsible for breaches.

While 255 people survived, it is estimated that 80 people died in the Grenfell fire as the tower’s cladding was found to be highly flammable.

NSW Government introduced a new regulatory scheme as part of a 10 point plan. The plan includes prohibiting advertising otherwise compliant building products for use in a way that makes them dangerous, and ensuring those who supplied, sold or used dangerous products could be issued rectification orders, in addition to being prosecuted. The Government also advised that "Unsafe building products are to be taken off the shelves, buildings with cladding are identified and notified and that we only have people with the necessary skills and experience certifying buildings and signing off on fire-safety".

Mental Health – A Significant Issue in our Workplaces

On 8 and 9 November, the NSW Government hosted the Sydney Summit: Mentally Healthy Workplaces in NSW to help to develop, with key stakeholders:

The Government is aiming to roll-out the Strategy in the first half of 2018.

Prevention of Violence in the Healthcare Sector

The Victorian Government estimates around 95% of healthcare workers have experienced some form of aggression or violence at work, ranging from verbal to physical.

Earlier this year, a serious incident occurred at a Box Hill hospital when a Doctor was punched in the head and knocked unconscious.  This is following other violent incidents including the attack upon a Melbourne Neurosurgeon who almost died after being stabbed at a hospital in Footscray in 2014.  Both doctors were attacked in the foyer.

Violence in hospitals has been a long standing issue in Victoria, with a parliamentary inquiry in 2011 (Enquiry into Violence and Security Arrangements in Victorian Hospitals), the release of Guidelines for behavioural assessment in emergency departments, compelling hospitals and boards to publically report violent incidents, and introducing consistent code grey and code black security responses.  A Code Grey can be called in [the event of] actual or potential violent, aggressive, abusive or threatening behaviour exhibited by a patient or visitor, towards themselves or others, that creates a risk to health and safety.

The Victorian Government has committed to spending an extra $20 million for improved security, on top of $20 million invested last year under the Health Service Violence Prevention Fund to improve hospital and mental health facilitates to make them safer for staff, patients and visitors.

Queensland Parliament passed an Amendment Bill in October 2017, introducing new industrial manslaughter provisions and other amendments to the WHS Act 2011 (Qld).  The bill is in response to the independent Best Practice Review of Work Health and Safety in Qld. The Review was in response to the death of four visitors to the Dreamworld Gold Coast theme park in 2016 and the death of two workers at the Eagle Farm racecourse in 2016.

In Victoria, duty holders who fail to notify WorkSafe of an incident, or don’t preserve a site after a serious incident will now face up to $38,000 in fines for individuals and up to $190,000 for body corporates if they break the law.

In NSW, you may have noticed the WHS Regulation 2011, was updated to 2017.  According to SafeWork NSW, ‘It is essentially the same as the 2011 Regulation, except for minor changes, including formatting and corrections to typos’.

A District Court imposed a $1M fine upon a window glass company when a worker was seriously burned installing a piece of aluminium to the outside of a window on a residential construction site in Sydney.  The power jumped from nearby 33,000-volt power lines feeding the Illawarra train line. The worker suffered burns to 30% of his body.

Prior to the incident, a SafeWork NSW inspector and Sydney Trains had provided advice to WGA Pty Ltd about working safely around these power lines. However, WGA Pty Ltd did not heed this advice and the court found the company failed to take the necessary steps to protect the worker – such as having electricity to the power lines isolated before undertaking external work to the building.

SafeWork NSW alleged the employer failed to provide a duty of care when in 2014, a Borg worker was injured operating a poorly guarded mechanical guillotine. An enforceable undertaking (EU) was accepted in lieu of a prosecution.  The undertaking includes a three year audit program of its machine safety, $86,596 to be spent on investigating tools and systems to reduce the risk of manual handling injuries for truck drivers, $173,850 to be spent on a leadership education program, $25,016 sponsoring an online induction program for the furnishing industry, and $54,538 on a community workplace safety campaign.

A SafeWork NSW spokesperson confirmed that this was a record-high EU spend, but stressed that this was due to the large number of sites being audited, and not reflective of the seriousness of Borg's alleged contraventions or the relevant injury.

Traffic Management Continues to be an Issue

Traffic management continues to be a complex and unresolved issue for many workplaces. In November 2015, a labourer employed by Harris Holdings (a waste sorting site) was in the sorting yard when his foot became caught in a reversing excavator's tracks, causing him to fall forward, and his legs and pelvis to be rotated by the moving tracks. The excavator operator was facing the opposite side of the yard to the worker when he moved backwards, and wasn't aware the worker was caught in the tracks until other employees alerted him to it. Other workers then freed the worker, but he went into cardiac arrest after paramedics arrived, and died shortly after.

The Judge heard an inspection of the excavator after the incident found 93 defects, including missing side and rear mirrors, a broken revolving beacon and dusty windows. The Judge found the employer did not enforce an exclusion zone around the excavator or train workers on the need for exclusion zones, and there were no fences or other markings placed around where the excavator was working. Both the company and the director were convicted and fined $360,000.